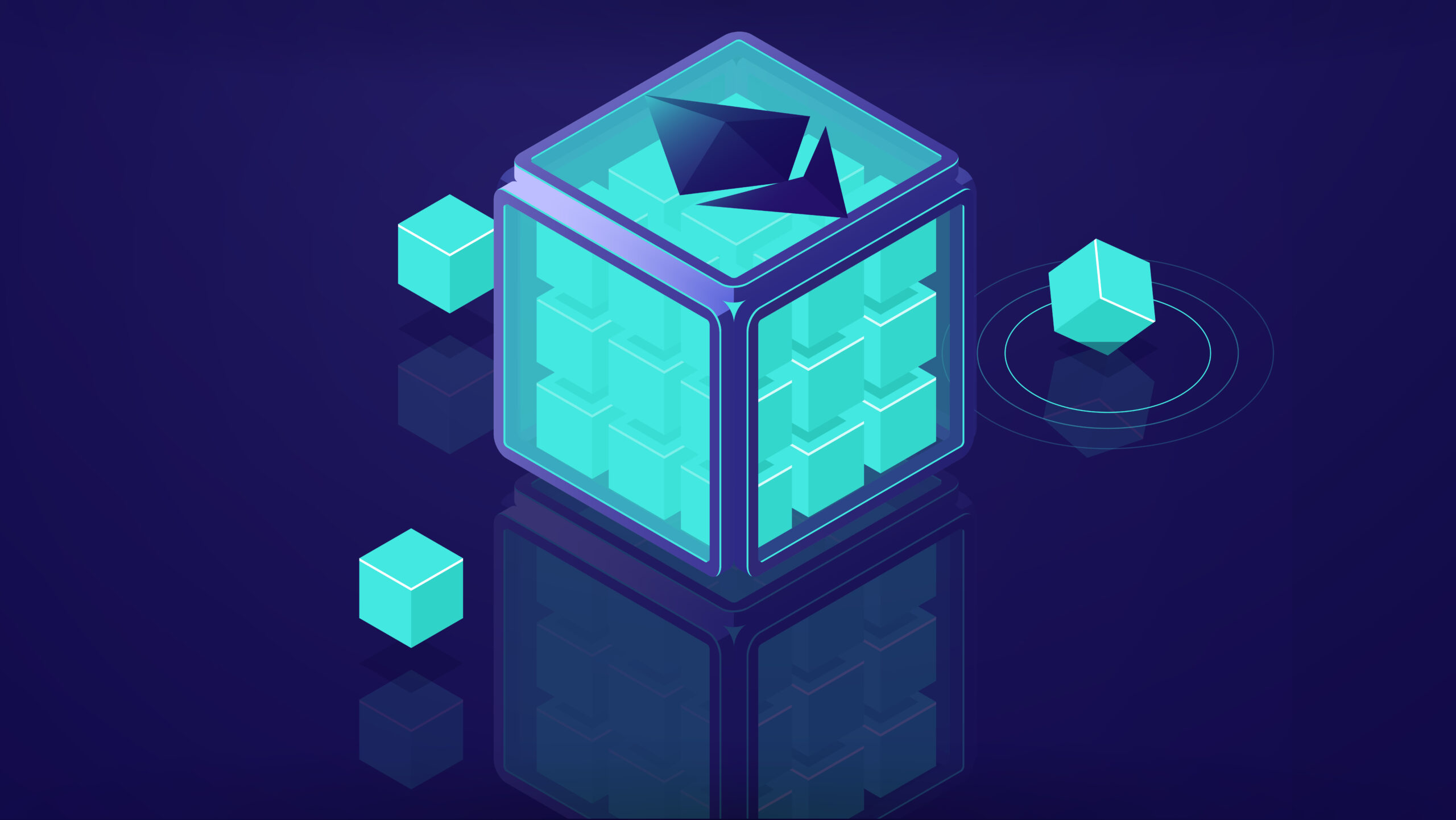 Blockchain has progressed from a niche technology to enter the mainstream. You hear about it in the news, read about it in blog posts, and see how it can be implemented in many industries other than finance and technology.

Blockchains are of global importance and have the potential to transform many industries. If you’re new to blockchain, learning about Ethereum and the Ethereum Virtual Machine is good place to begin.

In this blog, we’re going to cover some aspects of the Ethereum Virtual Machine (EVM).

What is Ethereum Virtual Machine?

Contracts are typically written in higher-level languages such as Solidity before being compiled to EVM bytecode. This means that the machine code is completely isolated from the host computer’s network, filesystem, and other processes.

Every node in the Ethereum network runs an EVM instance, allowing them to agree on the same instructions to be executed. The EVM is Turing complete, which means it can perform any logical step of a computational function. Turing completeness is widely used in JavaScript, the programming language that powers the internet.

Let’s know, what is the purpose of the Ethereum Virtual Machine?

A VM allows one to build, process, and execute what they want using the resources of network participants regardless of location or geography. In this sense, the EVM functions as a global processor or computer, lending its accumulated computing power to developers. Developers then use this resource to create smart contracts and decentralised apps, or dApps.

A virtual machine can be accessed from anywhere in the world via participating Ethereum nodes. Lending computing power to the network is entirely voluntary and is governed by several incentives. Given all of the properties of virtual machines and the need to process all data through a voluntary network, it makes sense for Ethereum to choose the VM type of architecture.

How is the Ethereum Virtual Machine (EVM) Unique?

A virtual machine model underpins all blockchains. Bitcoin, the most popular cryptocurrency in the world, also uses a VM to manage transactions. The scope of the Ethereum Virtual Machine distinguishes it from other blockchains.

The EVM is a smart contract-enabled blockchain, not just a decentralised ledger. It allows you to use Ethereum to create decentralised apps (dApps). This necessitates the addition of new layers of functionality to the machine. The distributed state machine is the name given to this second layer.

Along with account information, Ethereum stores other data required for smart contracts. This is referred to as the machine state. The machine state changes with each new block added to the blockchain. It moves from one state to another according to predefined rules. The Ethereum Virtual Machine defines these rules.

What is Gas price, and How Does Gas Relate to the Performance of EVM?

On Ethereum, any action is considered a transaction. Gas prices are the fees associated with that transaction. As a result, using the EVM is not free. When the blockchain is under heavy load, these gas prices rise, discouraging others from performing additional actions. The system adapts to allow more users to access the machine.

It also encourages more efficient contracting. Every contract requires time to run its code. The longer it takes, the more resources and gas it consumes. Contracts that take too long to complete result in much higher gas prices. Efficient contracts have low gas prices and improve the overall efficiency of the Ethereum network.

How is Data Stored in Ethereum?

On Ethereum, data is managed using tree-like data structures. Account balances, for example, are not directly stored in Ethereum blockchain blocks. The chain only stores root node hashes of transactions, states, and receipts.

Transactions are a subset of permanent data. Once a transaction is confirmed, it is saved in the transaction trie (a tree-like data structure) and cannot be changed.

Now, What are the benefits of the Ethereum Virtual Machine?

Downsides of the Ethereum Virtual Machine

Though the Ethereum Virtual Machine (EVM) has proven to be a critical component of the Ethereum network, the following are some of its shortcomings:

The Ethereum Virtual Machine is a fantastic system for developing decentralised versions of various business models. Even though connecting with the EVM via smart contracts is more expensive than executing applications, there are numerous use cases where decentralisation is preferred.

Carret provides a secured crypto trading platform to trade Ethereum online, as well as dozens of other cryptocurrencies such as Bitcoin, Dogecoin, Solana, Bitcoin, Litecoin, Cardano, and others.

Want to earn passively with Ethereum? Get up to 9% APY on Ethereum with 24Carret, India’s First High Yield Platform.