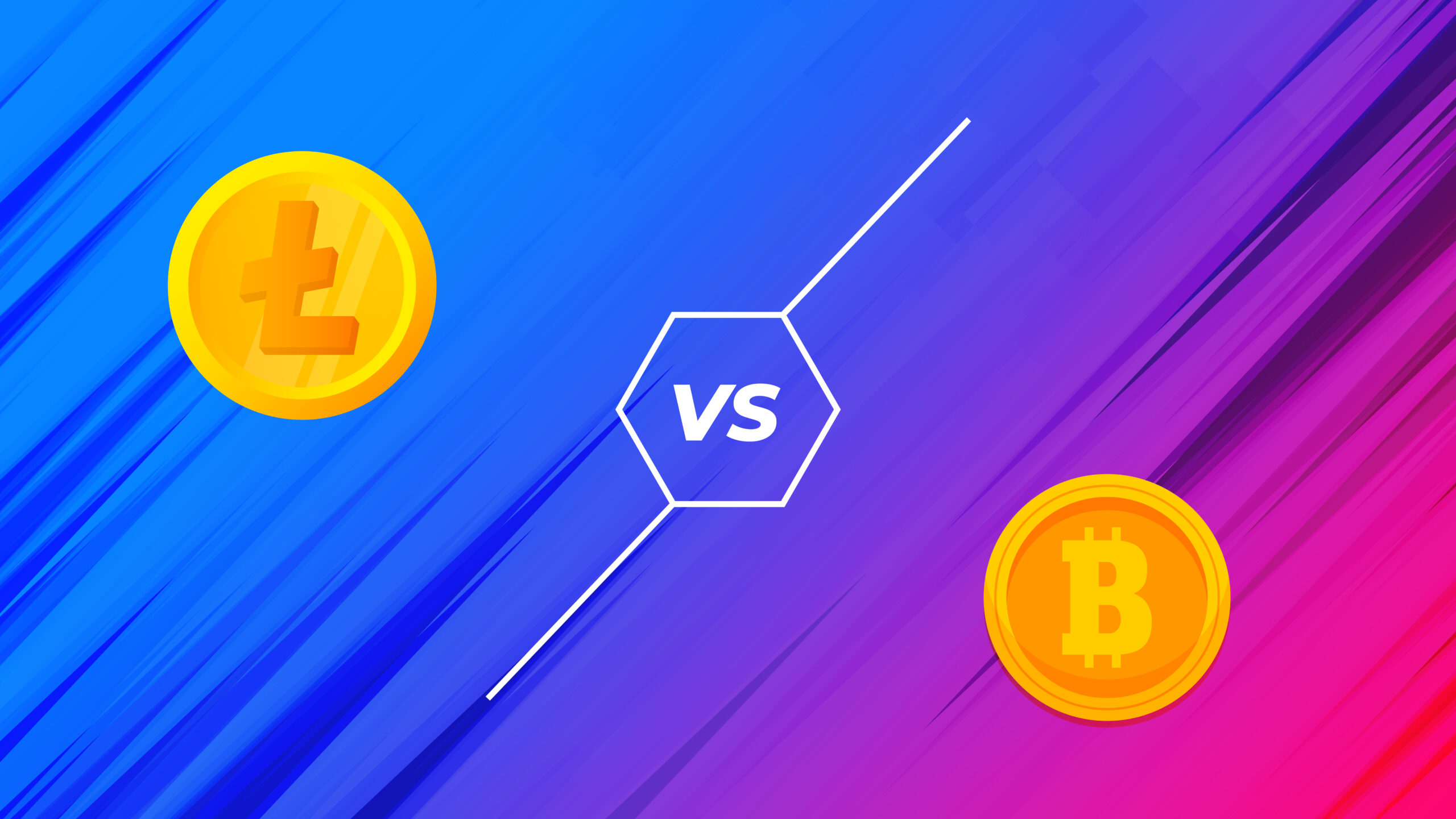 Since Bitcoin’s inception, hundreds of other cryptocurrencies have forked or been created. Litecoin is grabbing the attention of most crypto investors.

Bitcoin and Litecoin are two of the most widely used cryptocurrencies today. Because Litecoin modified the original Bitcoin code base, they have many similarities while also having many differences.

In this blog, let’s find out what’s the talk all about.

Litecoin is a cryptocurrency that was launched in 2011 to facilitate quick and inexpensive cryptocurrency transactions. It was created with a copy of Bitcoin’s source code and is one of the first altcoins, a term that refers to any cryptocurrency other than the market leader Bitcoin.

Litecoin was frequently ranked as the second-largest cryptocurrency in its early years. Because of its similarity to Bitcoin, Litecoin is popular among those looking for a low-cost Bitcoin alternative. If you’re thinking about investing in Litecoin, keep reading to find out everything you need to know.

It employs Scrypt as a hash function. Scrypt employs SHA-256 but has much higher memory requirements for proof-of-work. It has some underlying blockchain and Bitcoin verification. Litecoin has a higher coin production capacity than Bitcoin. However, Bitcoin is more valuable than Litecoin.

In 2009, Bitcoin was the first cryptocurrency to be introduced. It has since evolved from a novelty to a contentious commodity, investment, and exchangeable currency. It uses decentralized and community computing power to ensure the integrity and security of a centralized database known as a blockchain.

It is an investment, a currency, and a contentious commodity. It can maintain the validity and security of a centralized database known as a blockchain.

It makes use of the computational power of GPUs, as well as, to a lesser extent, CPUs. It employs the SHA-256 cryptographic hash function to encrypt the blockchain. It encrypts input by converting it to a fixed-length output.

Litecoin vs. Bitcoin: What’s the Difference?

While Bitcoin and Litecoin are similar in many ways, they differ in a few ways:

Bitcoin vs Litecoin on Algorithm and Mining:

During the mining process, Bitcoin and Litecoin employ a “proof of work” algorithm, which aids in the protection and deterrence of cryptocurrency network attacks and abuses. People are rewarded by the algorithm when their mining hardware solves complex puzzles that validate transactions and release new coins into the system.

Bitcoin vs Litecoin on Market Capitalization:

The market capitalizations of the two cryptocurrencies differ. Litecoin had a total value of $13.7 billion in March 2021, while Bitcoin had a value of around $1 trillion.

Bitcoin’s network simply outnumbers other currencies. Back in July 2010, Bitcoin had a market capitalization of only $42,000. As a result, its expansion has been truly remarkable.

In terms of market capitalization, Ethereum comes closest to Bitcoin, with a market cap of around $212 billion. As a result, it’s not surprising that Bitcoin outnumbers Litecoin.

Bitcoin vs Litecoin on Transaction Differences:

Despite the risk of orphaned blocks, faster transaction times have advantages. For example, merchants who need transactions confirmed with Litecoin must wait only 2.5 minutes as opposed to 10 minutes with bitcoin, providing a significant advantage when making purchases.

Bitcoin vs Litecoin on Total Coins:

Litecoin and Bitcoin generate different numbers of coins. Bitcoin will never have more than 21 million coins. Litecoin, on the other hand, has a maximum supply of 84 million coins.

While this appears to be a benefit at first, the effects in practice may be negligible because both currencies are divisible into almost infinitesimal amounts.

In theory, this appears to be a significant advantage for Litecoin; however, commodity and investment prices are generally determined by supply and demand, as well as consumer and investor sentiment. Both appear to believe that Bitcoin aligns with their interests, values, and financial goals, and thus its price reflects this belief.

Is Litecoin Better Than Bitcoin?

Litecoin has been used in the same way that Bitcoin is. Some businesses, for example, accept Litecoin in exchange for goods and services, while others may use the asset as a store of value or to transfer money globally.

When comparing metrics like transaction speeds between Bitcoin and Litecoin, Litecoin may be considered “better than Bitcoin.” In contrast, Bitcoin has a much larger market cap than Litecoin. Which asset is superior depends on what a person wants from either one.

Where to Buy Litecoin and Bitcoin?

Carret, India’s most secure crypto investment platform, allows you to purchase LTC and BTC with over 100+ cryptocurrencies. We have many options to help you along your crypto journey. You can easily purchase Litecoin (LTC) and Bitcoin (BTC) with the lowest fees and the highest level of security.

To reduce risk, buy Bitcoin on the Carret platform and HODL to earn up to 8% APY for stacking.

You can download Carret’s Mobile app from the link below:

Conclusion: Which is right for you, Litecoin vs Bitcoin investment?

Bitcoin and Litecoin are similar in many ways. Both are cryptocurrencies that frequently experience significant price fluctuations. Both could lose value quickly as a result of government regulatory action, negative press, or security concerns.

If you decide to invest in Bitcoin, Litecoin, or both, you should not put more money at risk than you can afford to lose. Based on the few key differences between the two coins, you may decide to invest only in one of them.

Investors who buy Litecoin may do so because of the currency’s potential utility in routine transactions. Litecoin, like Bitcoin, is widely available on cryptocurrency exchanges.

You can buy both Bitcoin and Litecoin, as each has different benefits and drawbacks. Many cryptocurrency investors have a diverse portfolio of currencies, including Bitcoin, Litecoin, and other altcoins.

Before you invest in Litecoin or Bitcoin, you should think about the risks and benefits of cryptocurrency ownership. Always follow best practices for online security and double-check transaction details before completing a purchase, as reversing a cryptocurrency transaction is generally not possible.