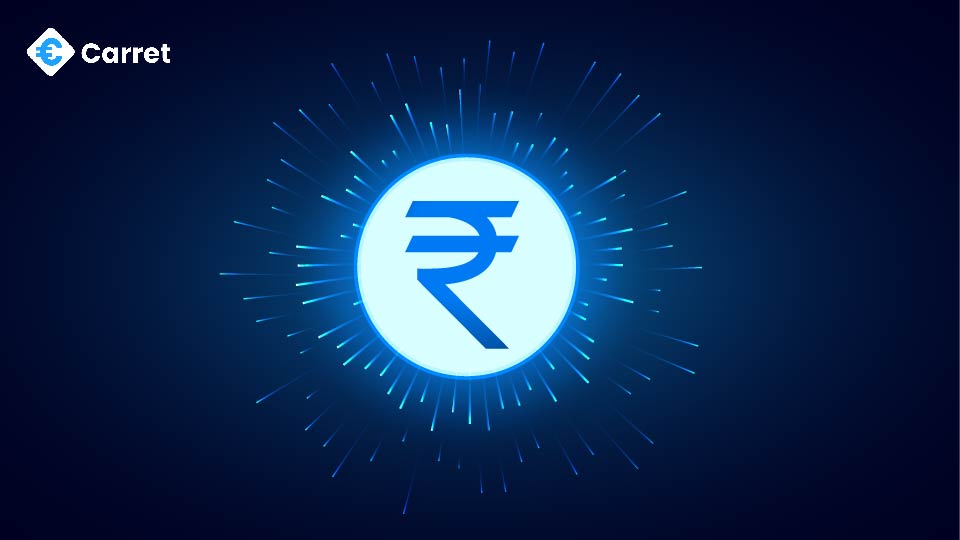 The Reserve Bank of India (RBI), India’s central bank and regulatory body responsible for the regulation of the banking system, launched the retail digital rupee pilot program on 1 December 2022. India has joined a select group of nations in launching its blockchain-based currency. It is a move that can highlight India’s preeminence in digitalized finance. To provide some context, even the United States has not yet launched its Central Bank Digital Currency (CBDC).

So, in this blog, let’s get a deeper look at the Digital rupee and how it’s different from other Cryptocurrencies.

What is Digital Rupee?

The digital rupee would be identical to the physical rupee, making transactions and settlements more convenient than ever before. It can be exchanged for fiat currency and serves as a secure store of value. It can also be a repository for physical cash or digital deposits. The digital rupee would be legal and accepted on the wholesale market, allowing for large transactions in RBI-issued government securities.

For transactions involving government securities, digital rupees will be issued as virtual currency. The rupee will exist in a virtual form similar to other cryptocurrencies, but it will be regulated by the Reserve Bank of India and will not be decentralized.

What are the main features of the Digital Rupee?

The simultaneous transition to digital payment methods will also bring its own set of advantages. As transactions become digital, the government will save money on currency printing. The transactions will be instantaneous and available in remote locations.

The following are some additional features of the digital rupee in India:

What are the types of CBDC (Central Bank Digital Currency) to be issued?

Central Bank Digital Currency (CBDC) is a central bank-issued digital form of currency notes. While the majority of central banks around the world are exploring the issuance of CBDC, the primary reasons for its issuance are country-specific and based on each nation’s requirements.

CBDCs can fall into different categories. There are two primary types of CBDCs:

What are the Forms of CBDC?

The difference between a token-based and account-based approach to CBDC may be technical, but it has substantial implications for identity and access management, cost, and design.

How is digital currency different from cryptocurrency?

How can the digital rupee benefit people?

The introduction of the digital rupee is an important step in India’s digital transformation. It will be a great opportunity for India, as it has the potential to increase the ease of doing business and improve the resilience and security of the entire payments infrastructure.

Here are some advantages of the digital rupee for the Indian population:

Conclusion: Do We Need the Digital Rupee?

The introduction of the digital rupee is an important milestone on the road to realizing India’s “Digital India” ambitions. When it enters the mainstream, it would be easier for regular people and the government to get acquainted.

The digital rupee will increase transparency and efficiency by enabling real-time ledger maintenance and tracking. Since it is backed by the RBI, the digital rupee would mitigate the risk of volatility. It would provide all of the advantages of cryptocurrencies while preserving the safety net of regulated and legal tender.

In the beginning, the use of digital currency may present some challenges. However, the central bank has stated that it will use the pilot to learn, and based on what it discovers, it will offer future users a variety of features and applications.