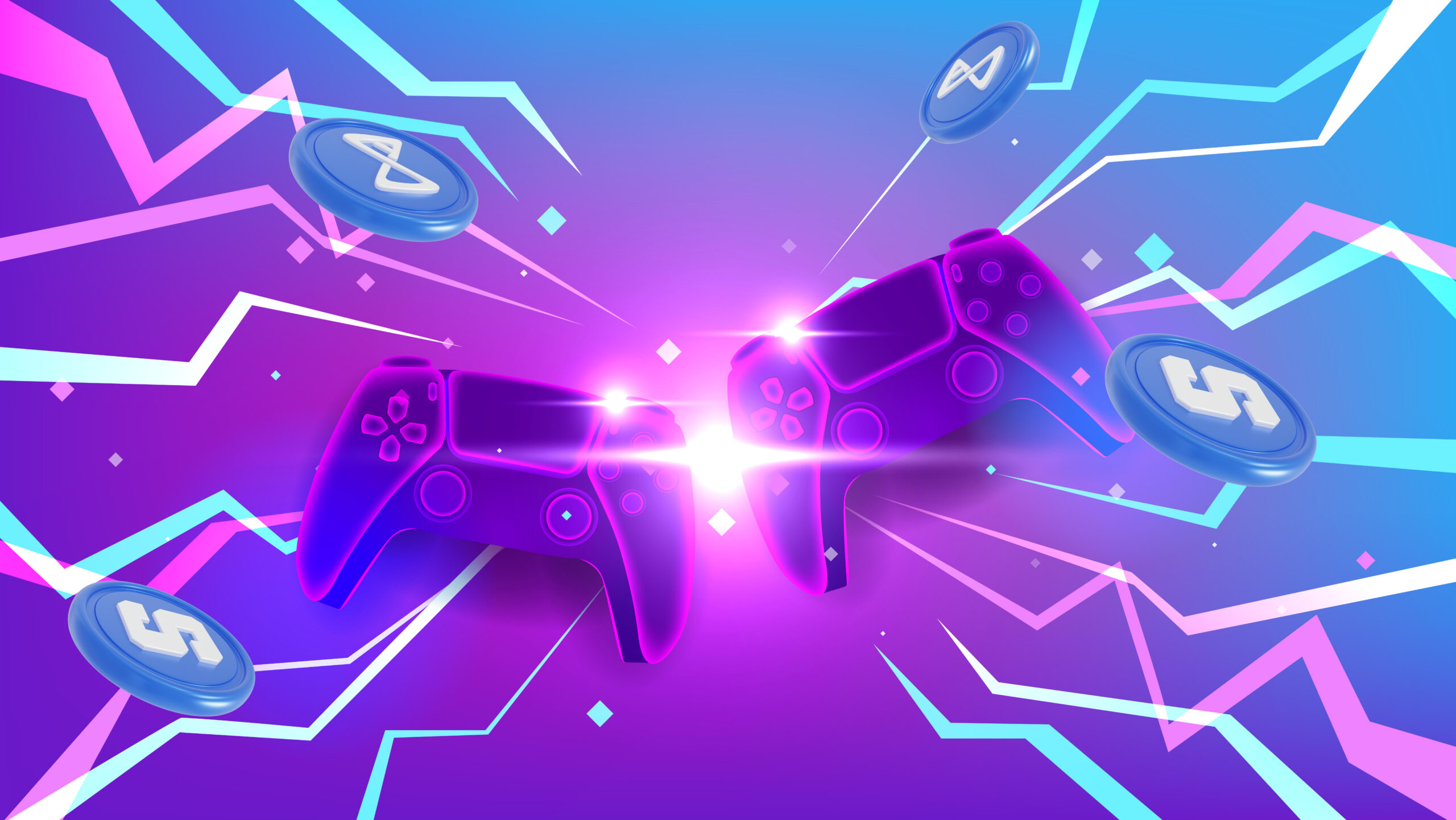 Cryptocurrencies are no doubt extremely popular. More people are becoming interested in this new form of money, from minting NFTs to finding ways to earn Bitcoins. It’s no surprise that the gaming industry is jumping on board. Play-to-earn games are the latest craze to join the cryptocurrency bandwagon.

Investors can earn rewards from the blockchain in a variety of ways, with one of the most popular “Play-to-Earn” games.

What is a Play-to-Earn Game?

Play-to-earn games are crypto games that allow players to enjoy gameplay features such as battles, breeding their in-game characters, completing quests, or other tasks.

They will receive some sort of in-game currency, which can then be used to purchase NFTs or transferred directly to a crypto wallet and sold or traded for tokens or currencies that can be used for real-world payments.

This is how players are compensated for participating in these crypto games, and it is one of the primary incentives for players to participate actively in these games. This is why ‘play-to-earn’ games have grown in popularity.

Now that you’ve learned enough about these play-to-earn cryptocurrency games, let’s look at a few of the best.

Axie Infinity is essentially a Pokemon-inspired game in which you can assemble a team of Axies to battle other players in the Arena mode or fight enemies in the Adventure mode.

On August 8, 2021, it became the first Ethereum-based NFT game to reach $1 billion in sales. There are over a million active users in the game. Sky Mavis, a Vietnamese company, created the most popular non-fungible token (NFT) game right now. It is one of the most profitable games on the blockchain.

Axie Infinity also has its token, Axie Infinity Shards (AXS). This is an ERC-20 governance crypto that can be staked and used for payments. You can also participate in the Axie Infinity economy if you own AXS. Since its inception in 2020, this digital coin has grown by more than 100,000%.

The Sandbox is a top cryptocurrency play-to-earn game that combines creativity and monetization. Players can earn money from NFT gaming in this multiplayer metaverse game. Pixowl created the Sandbox in 2011 to introduce people to blockchain technology through virtual gaming.

This blockchain-based game, on the other hand, has evolved into a thriving digital economy that allows players to create and monetize digital multiplayer gaming experiences and voxel assets.

It is a metaverse real estate game in which players can buy lands, design wearables (minted as NFTs), and interact with one another.

SAND is the game currency, and players can use it to construct a house or a castle to entertain guests and earn more tokens. It combines creativity, strategy, and survival skills, as do many other play-to-earn games.

God Unchained, one of the best play-to-earn crypto games, was created by the same team that created Ethereum layer-2, a scaling solution called Immutable X. The game not only runs on Ethereum and Immutable X, but it also employs a decentralized application for fee-free peer-to-peer trading.

More than 9,000 transactions per second demonstrate the game’s success. Chris Clay, a former Magic the Gathering game director, is the game director.

The game is a variation of the classic card game in which players compete against one another using a deck of cards, core cards, and genesis cards.

The Gods Unchained cryptocurrency token, known as the GODS token, is an ERC-20 token. GODS tokens can be used to craft NFTs, buy packs from the Gods Unchained Marketplace, and earn even more rewards by holding the tokens in Immutable X.

This token also represents voting power, allowing you to vote on governance proposals that affect the game’s future development.

Splinterlands is a fantastic multiplayer trading card game. In this game, players can purchase, collect, or trade “Splinters,” which they use to compete with other players. This NFT gaming title was created in 2018 by co-founders Jesse Reich and Matthew Rosen and has amassed a sizable fan base since then.

Because you’ll receive a limited number of cards to begin, it’s technically free to play. You can use these cards to fight monsters and play the game. To earn rewards, you must first purchase a Summoner’s Spellbook. This will enable you to unlock various card abilities that will assist you in completing quests faster and earning rewards.

Splinterlands uses two tokens: DEC (Dark Energy Crystals) and SPS (Splintershards). DEC is earned by defeating opponents, claiming reward chests, and placing in weekly tournaments. These are the primary currency in the game. SPS is the token that governs airdrops and an in-game staking system.

Pegaxy is a horse-racing game in which players buy or rent a Pega (horse) to race against other players. The top three finishers in each race receive VIS (the in-game currency) and other NFT rewards. The concept is similar to Axie Infinity, in which players can breed horses to create more powerful ones.

Pegas is available for purchase with USDT on the Pegaxy marketplace. Your role as a Pega owner is limited to verifying the track elements, selecting specific Pega, and selecting appropriate gear. Unlike traditional games, racing is completely random with no human intervention.

Cryptocurrencies are used in gaming. Players engage in gaming activities and earn tokens and digital assets for tasks completed.

Players can create and collect NFTs with play-to-earn games. These are mostly one-of-a-kind, and rare items that they can bring outside of the game and sell on NFT marketplaces. These items are fully owned by the players, with transaction fees benefiting game developers.

Play-to-earn cryptocurrency games are legitimate. However, you should conduct research before settling on any game to determine its authenticity and market potential.

There is no set formula for predicting a game’s future. However, avoid making large investments at first, and don’t invest money you can’t afford to lose.

Because cryptocurrency is one of the riskiest investments in history, do a thorough background check if the stakes are high enough for you.

What are the benefits of Play-to-Earn Games?

There are several benefits to selecting play-to-earn games over traditional video games on the market:

Play-to-earn games are the hottest trend in the cryptocurrency space right now, and with various implementations of non-fungible tokens (NFTs), players have more control over their in-game assets than ever before.

Players can also earn tokens by playing the games directly or by creating and selling in-game NFTs on specific marketplaces. If you want to play something interesting, these are the top games that will pay the most and are worth your time.